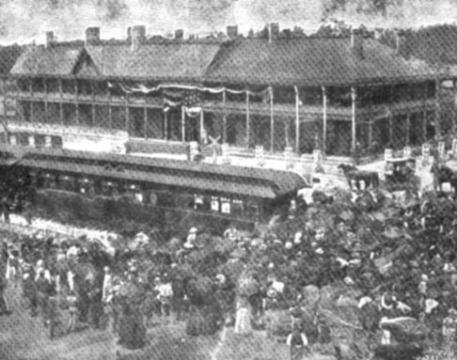 The December 2004 issue of Indiana Magazine of History includes an article by Edward Frantz, assistant professor of history at the University of Indianapolis, titled: A March of Triumph? Benjamin Harrison's Southern Tour and the Limits of Racial and Regional Reconciliation, which examines the motivations for Harrison's trek. Read the full article online, which includes fascinating details of how and why the president modified his speech just before he brought it to Tallapoosa.

The cited article describes him as:
Short, paunch-bellied, with the requisite bearded visage of his era ...as stubborn as a mule ...described even by allies as prickly.