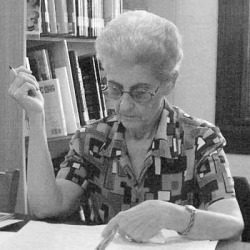 Shortly after Haralson County was founded and named for General Hugh Haralson, a noted statesman from LaGrange, a county seat was needed. The citizens needed a place to vote and carry on the new county's business. On May 20, 1857, the place was chosen. The new town was named Pierceville in honor of President Franklin Pierce, but it soon turned up that another town in Georgia beat them to the name. The name was changed to Buchanan to honor President Buchanan.

The City's charter was December 22, 1857. The location of Buchanan and the county's size were based on the same standard as other counties in Georgia: People needed to make it to the county seat and back home in the same day. Horses were the common mode of transportation, so this limited the sizes of Georgia's counties.

There was a factory in what is now called the county building. It originally made horse collars and later made mattresses. After World War II, soldiers came home to few jobs and people leaving town because there were no jobs available. Buchanan was almost a forgotten little town. Two veterans recently returned from the war desired to see the town productive again. David Eaves and Hardy McCalman began a revitalization and in two years, the town turned around. It was said that "folks come from all around the United States to visit us - and lots of them are staying for good." The story of this rebirth began on a spring day in 1946. It was the day that Dave and Hardy, buddies before the war, came home. Little had changed - if anything, the town seemed more ramshackle than ever.
During this time, the high school sat on the hill where the elementary school is now located. It later moved to where the primary school is today. A comprehensive high school, combining three other schools in the county, was built near Tallapoosa. There was a police station located on the corner of the courthouse. The building, not much larger than a phone booth, was staffed by one policeman and three members of the sheriffs department. The jail was located behind the stores on the square across from Piggly Wiggly. There were two barber shops, and a garage on the street where the Piggly Wiggly now stands. There were also two dry goods stores where a person could purchase anything from shoes to clothes. A drug store with a soda fountain on the square also. Most activities centered around the courthouse square with the courthouse being the focal point in town. The historic courthouse was built in 1891 after the one that was used for over 30 years burned. The building was used until the early 70s when the present one was built. The historic courthouse has undergone extensive rehabilitation and was recently presented an award from the Georgia Trust, which was received by only two courthouses in the State of Georgia. An elevator was installed, and a library operates in the bottom floor of the courthouse. Over 500 library cards have been issued. With the opening of the library, other businesses opened once again helping the people to return to Buchanan. Two groups now strive to get tourists into the town: The Downtown Revitalization and the Buchanan Development Authority. The Historical Society and Downtown Buchanan Revitalization also sponsor various, activities during the year including two festivals, The Great Pumpkin Caper and a Festival of Trees.